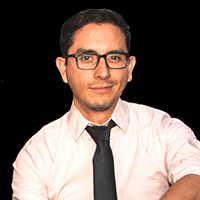 Last March 2018, the Director of the International Commission Against Impunity in Guatemala and the Attorney General revealed an investigation for charges of electoral illicit funding against the president, Jimmy Morales. The agencies disclosed copies of checks that Guatemalan companies paid to the Morales’ campaign channeled through third-party firms. The evidence was so strong and conclusive that the next day representatives of the mentioned companies apologized to the Guatemalan society. Almost immediately after, the president rejected the accusations and argued that the investigations were nothing but a political witch-hunt, a hidden left-wing agenda to overthrow his government.

With a strong right-wing tradition of governments related to the military power inherited from the war that finished in 1996, the Guatemalan elites affected by the actions against corruption have constantly argued a hidden left-wing agenda.

On April 5th, about two weeks before the situation in Guatemala, the Brazilian judge Sergio Moro emitted a warrant against the former president Luiz Inacio Lula da Silva, one of the most representative Latin American politicians. As a result, the noon of Saturday, April 7th, Lula surrendered before the Federal Police to pay a 12 years sentence for charges of corruption related to bribes paid by the company Odebrecht.

With strong left-wing governments since 2002, when Lula came to power and later Dilma Rousseff, the Brazilian elites affected by the investigations against corruption have constantly argued a hidden right-wing agenda.

However, a few days before the situation in Brazil, on Wednesday, March 21st, the President of Peru, Pedro Pablo Kuczynski, resigned due to strong accusations of corruption, as the next day the national congress would gather to discuss Kuczynski’s impeachment. Additionally, the president before Kuczynski, Ollanta Humala (2011-2016), and his wife are also currently under prosecution for charges of money laundering and conspiracy related to illicit electoral funding. While another former president, Alejandro Toledo (2001-2006), has an Interpol red notice after a judge requested him to face prosecution related to money laundering. All of these accusations are related to bribes paid by the company Odebrecht.

On the other hand, the former Ecuadorian Vice-President Jorge Glas was convicted in 2017 to 6 years in prison under charges of conspiracy and corruption after accusations of receiving USD$ 13.5 million. Additionally, in Colombia on December 2017, a Vice-Minister of transportation during the government of Alvaro Uribe was convicted to 5 years in jail for receiving a bribe of USD$ 6.5 million. As well, in Colombia, the manager of the presidential campaign of current President, Juan Manuel Santos, is in jail facing prosecution for illicit electoral funding.

Similar to the situation in Peru, all the accusations against high-ranking officials in Ecuador, Colombia and several other Latin American countries correlate to the 780 million dollars in bribes that the Brazilian company Odebrecht paid during the last decade. Although accusations against Morales in Guatemala don’t relate to Odebrecht, considering the interconnected nature of corruption in Latin America, anti-corruption will have to implement an equally interconnected effort.

For instance, in Mexico, the same company Odebrecht allegedly paid 10 million US dollars to the presidential campaign of Peña Nieto, which was channeled through a representative on Nieto’s campaign who later became the director of the state-owned petroleum company of Mexico. Despite media investigations that informed how Odebrecht paid bribes in 2013 and 2014 to companies related to the Pemex’ Director, in order to obtain a contract for USD$ 70 million, the documents related to these contracts were classified until 2021, blocking the chances of further investigations.

With investigations of corruption moving forward in Guatemala, the Dominican Republic, Colombia, Peru, Ecuador, and Argentina, among others, it will be more difficult for a country like Mexico to isolate itself from the anti-corruption trends. With the isolation achieved by classifying documents and hindering investigations, Mexico gets closer to the opacity that, for instance, currently characterizes Venezuela; an opacity that certainly will have a cost on the economic and political dynamics of the country, especially during the electoral.

Indeed, corruption doesn’t seem to be a surprise in Latin America; in fact, it has been common among high-rank officials, even presidents. Although corruption wasn’t a priority policy issue during times under dictatorships, it obviously existed and happened, as truth commissions investigations have revealed in the region. Then, after dictatorships, corruption continued being common through right-wing and left-wing democracies. Therefore, as expected, investigations, prosecutions and convictions currently happening against Latin American presidents don’t seem to obey a particular political agenda, but rather the sole objective of consolidating the democracy and the Rule of Law. However, in the short-term, presidential macro-corruption will remain as an obstacle for these objectives.